I don’t know about you, but I tend to have a lot of dreams. I am of the belief that oftentimes God speaks to us through our dreams, so I usually write them down to have a record of them. Over the past few weeks, I’ve had a series of dreams where I’ve encountered various wild animals, from bears to mountain lions to a huge male lion. In each case, there was a sense of danger associated with the animals.

I won’t go into the specifics of the dreams, but I believe the animals represent elements of spiritual warfare going on in my life. As I have talked to others, I know I’m not the only one experiencing this warfare. This is a time, not unlike many other times and places in history, where choosing to walk with Jesus comes at a great price. It’s so worth it, but it’s costly.

Anyway, I was talking to God about these dreams, and immediately the life of David from the Bible came to mind. In his younger years, he was a shepherd, in charge of defending his flock from predators. He bravely faced down wild animals at risk of his own life to protect those he was entrusted with.

Then my mind went to his encounter with Goliath. Goliath had taunted, jeered, and challenged the armies of Israel. Fear gripped the Israelites, and there was no one found willing to accept Goliath’s challenge.

David knew where his strength and victory came from. After rejecting the heavy armor of Saul, he armed himself with his slingshot and chose five stones from a brook as his ammunition, and as you know, he slayed Goliath with one smooth stone.

As I was thinking about David and his encounter with Goliath, my spirit asked the question, “What are my five stones?” It’s not something I thought about, but it just arose from within me.

Immediately, I felt God answer in my spirit that my five stones were FAITH, HOPE, JOY, PRAISE, and WORSHIP.

These five things are my ammunition against the enemy! It was such powerful confirmation for me!

And if you think about it, all five of these “stones” God will use to defeat the enemy require my focus to be directed to God, not the enemy. God is the One who is responsible for the victories in our lives.

So as the spiritual battles rage around me, I choose to walk in faith, hope, and joy, spending my time in praise and worship to the One who has paid the ultimate price for my victories! Not necessarily a new concept, but a sweet reminder of where to keep my focus.

What about you? I encourage you to ask God what your five stones are. They may be similar or very different for the season you’re walking in, but knowing what they are will be an encouragement to you and give you wisdom for what you’re facing. Feel free to share your “stones” below if you want. I’d love to hear and learn from you! 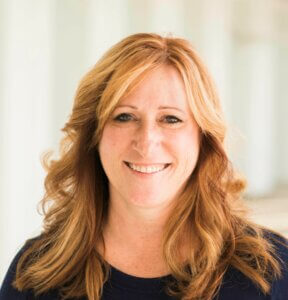